This inter­view, which was just record­ed today, will go to air tomor­row. The broad­cast details are: 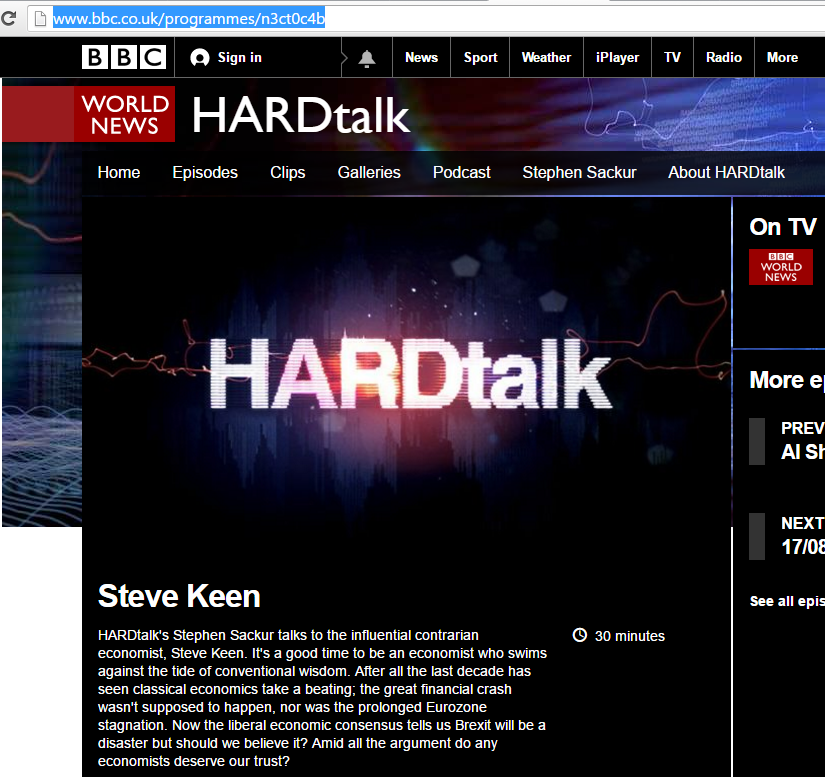 And from the 04.30 TX it will then be avail­able with­in the UK on BBC iPlay­er for one year.

It will also go out at numer­ous times­lots on Fri­day on the BBC World Ser­vice.

And from ear­ly Fri­day morn­ing it can be down­loaded as a pod­cast — from any­where in the world — from here: http://www.bbc.co.uk/programmes/p004t1s0/episodes/downloads